The Racing to Love series is set in the world of Motocross racing.  You don’t have to know a thing about bikes, racing or even dirt. The patriarch, James Noland along with Carter Sterling, Jesse Frost & Eli Hunter will show you more about brotherhood, laughter and what family means. Even if they’re bonded by love–not blood. 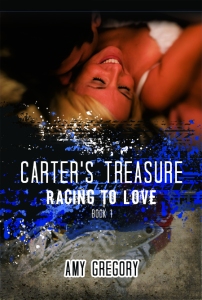 From the outside, Molly West had everything, beauty, brains, and a career she’d retired from not once, but twice. Being in a male driven sport Molly was surrounded by men, for which she had no time for. Her cold shoulder and patented ‘not a chance in hell’ look were usually enough to keep them at bay and she had no plans in changing what was working. That is, until, she walked into the pits and stood toe-to-toe with the sex in a pair of jeans, Carter Sterling. Carter took one look into Molly’s sapphire blue eyes and knew she was his, forever. But it’s never that easy and Carter soon found out it was going to take a lot more than just love to protect her from her past, one she thought she’d buried a long time ago.

Erin was truly the girl next door. Sweet, fun, and easy-going. The epitome of the old cliché, but added to it…her kiss-me brown eyes. Growing up, they were only separated by a stream and a few hundred acres. Brody finally noticed her when they were both fourteen. He fell in love a handful of years later. Completely in love, they’d been together since.

What he initiated as a playful lover’s game earlier in the morning had flipped a one-eighty. What he hadn’t expected was that his kind and gentle Erin would up the ante. 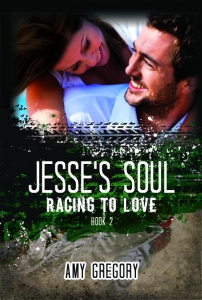 Jesse Frost lived the life most men would kill for, fast bikes, fame, money, and looks. Jesse, however, was just an easy-going guy from Texas who always worked hard for everything in life. He’d been the shy guy in school, so when the prom queen found him years later, he thought he had finally made it. Her mirage, however, left him empty and certain no woman wanted him for the simple man he was inside, until he met Emery Kincaid. With a last name that is revered on the motocross circuit she had proved herself through and through, but Emery hides the pain that runs deep, physically and emotionally just to survive. When she and Jesse are thrown together sparks fly, both from the chemistry between them, and the brakes she tries desperately to throw on. Emery is afraid what Jesse doesn’t know could break his heart and hiding her true feelings for him is the only way to protect them both. If she let Jesse in and he walked away…well, that’s a risk her heart can’t take. 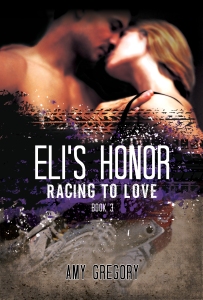 How can you miss something you never had?

Retired pro motocross racer Eli Hunter had it all; at least that’s how he chose to look at things. His life revolved around the sport he loved and he had been catapulted to rock star status. Eli loved the feel of a bike under him as he raced, even…when it almost killed him.

After fighting back from a debilitating injury Eli has devoted his life to The Noland Racing Academy. As far as Eli was concerned that was all he’d ever need, that is until he sat across from Dallas, a young up and coming racer, and his widowed mother, Honor. It was then that Eli realized exactly what he had been missing.
The prospect of sending her son off to the Noland’s Racing Academy was daunting enough without being faced by the devil in a pair of blue jeans. When Honor held the door open for Eli Hunter she knew she was letting him walk right into her life, but she refused to let him into her heart.
Eli has never backed down from a challenge and he wasn’t about to stop now. Not when those long auburn curls and shy violet eyes were the answer to his unspoken prayers. 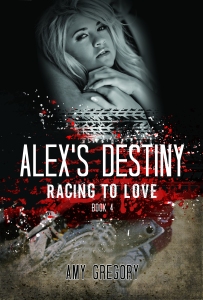 Alex Sterling has devoted her life to teaching the racers at her family’s motocross racing school, and to the one man she’s been in love with since she was four. Alex is brains and innocence wrapped up in one beautiful package every man wants, but only one man can have.

Dallas Hunter is a pro-racer on the motocross circuit, following in the footsteps of his father Eli. For Dallas it has always been Alex, but he’s determined not to hurt his family, even if it means letting her go.

Alex finds herself caught up in a disturbing game of cat and mouse and is too terrified to tell anyone. Dallas knows something is wrong and races back home, but what he finds almost kills him. Fixing Alex’s pain is all he cares about and suddenly he must decide if his love for her is greater than his love for racing. Dallas knows he has to help his best friend, the woman he loves, and do it without tearing his family apart.